Keep up with all the latest thoughts and opinions.

We make it happen.

A ground-breaking field impacting both psychology and clinical care, health psychology aims to bridge the gap in our understanding of the connection between mental and physical health.

With a better understanding of this mind-body connection, health psychology can help prevent and treat a range of non-communicable health problems, from diabetes to chronic pain, through psychological interventions such as behavioural therapy.

What is health psychology?

Adopted as a scientific practice as recently as the 1970s, health psychology is a relatively new branch of psychology exploring the impact psychology can have on physical health and vice versa.

The field examines the psychological, behavioural, emotional and cultural factors that impact health and illness and is in the process of revolutionising clinical practice through new and effective therapeutic interventions.

These new methods put psychology at the forefront of a patient’s healthcare journey in an effort to prevent and treat illness more efficiently and affordably than ever.

Health psychology is also sometimes known as behavioural medicine of medical psychology and the field is commonly broken up into four specialisms, which are:

The history of health psychology

The connection between mind and body is not a modern idea. Ancient thinkers discussed mind-body interactions and 19th century scientific writers in both Europe and North America claimed that psychological factors influenced health.

By the 20th century, these ideas drew upon the fields of psychology and psychoanalysis to become a ‘multidisciplinary, international movement known as psychosomatic medicine’ (BPS). This existed as a precursor to health psychology in the US, followed by UK developments in behavioural medicine and medical psychology.

According to an article published by the British Journal of Health Psychology, influenced by developments in Europe and the USA, institutions in the UK began teaching and researching health psychology in the 1970s. Of these influences, one of the most notable was the publication of the American Psychological Association’s Task Force report.

By the 1980s, health psychology was cemented as a scientific practice and gained its own publication section on the British Psychological Society (BPS) website.

Health psychology hasn’t always received a positive welcome from academics in traditional psychology. Nevertheless, the field has cemented itself as critical to both medicine and psychology, making healthcare more personal, streamlined and cost-effective.

What are some examples of health psychology?

Examples of health psychology in action include:

Rising rates of obesity, diabetes and addiction are among the most significant health challenges of the next decade. As well as being detrimental to public health, these health issues put an increasing strain on the NHS (with obesity costing the UK £6 billion each year) and, combined, have considerable economic consequences.

Health psychology is well placed to tackle these public health crises by acknowledging the importance of psychology when it comes to eating well and combating addiction to drugs, alcohol and other substances.

Other health challenges that can be addressed with health psychology include:

The main approach to health psychology is called the ‘Biosocial Model’, which considers health and illness in relation to biological, psychological and social factors.

Some of the top health psychology careers for graduates include:

What is the difference between clinical and health psychology?

While there are many similarities between health psychology and clinical psychology, the two are not the same.

Both are applied fields that engage in the study of people, the mind and behaviour and attempt to understand the role of mental functions in individual and social behaviour. Both aim to improve behavioural outcomes and mental wellbeing.

Where health psychology and clinical psychology differ, however, is in their approach and specialisations.

Clinical psychology aims to diagnose and treat mental illnesses and neurological disorders such as depression, schizophrenia or obsessive-compulsive disorder, working in a clinical setting.

In contrast, health psychology is concerned specifically with the overlap between mental and physical health. In this way, health psychologists are best placed to advise on health problems and illnesses such as:

For a more comprehensive look at the difference between the two practices, see our guide to Health Psychology vs Clinical Psychology.

What is a health psychologist?

As active health professionals, health psychologists can be found in clinical settings such as hospitals or rehabilitation centres. However, they can just as easily find work in non-clinical workplaces with individuals, organisations and community groups.

The job of a health psychologist is to build public awareness of good health and wellbeing, with an emphasis on forming healthy habits and ditching unhealthy ones.

When working with patients in a clinical setting, a health psychologist will find ways to encourage good health in their patients and promote healthier lifestyles, such as through cognitive therapies and coaching.

When working with individuals, a health psychologist will actively communicate with their patients to establish trust and gain insight into their patients’ health history and current health problems.

Ulster University’s has an excellent international reputation for its research impact and was named among the top 10% of UK universities in the most recent Research Excellence Framework (REF, 2021). Within the same framework, 100% of Ulster’s psychology case studies were judged as outstanding or very considerable in terms of reach and significance.

Our BPS-accredited Health Psychology Masters course is taught 100% online and offers part-time flexibility for working professionals. You will learn from active researchers and registered health psychologists to gain a critical understanding of health and illness management, applying theories and concepts to practical research projects.

Read our article Why study Health Psychology at Ulster? for more information on the benefits of studying health psychology online with Ulster University. 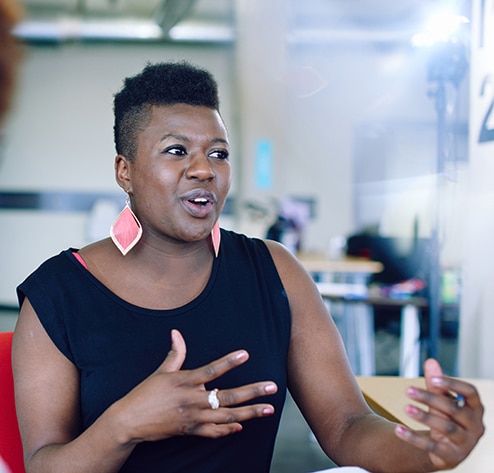 What jobs can you do with a Health Psychology MSc? With a master’s programme like Ulster’s, you learn in-depth knowledge and advanced skills, while also investing in improved career prospects. If you’re considering an MSc and want to know about the potential careers for Health Psychology Masters graduates, here’s a breakdown of the top Heath [...]